For the past two weeks, I’ve been working on a residency with the TEAM and the National Theatre of Scotland in Blacksburg, Virginia, as they’ve been working on their play, Anything That Gives Off Light. This play has been a work in progress for about three years, and it is about the Scottish Enlightenment and the effect of the Scottish Enlightenment on notions of democracy and individual liberties. The first iteration of the piece took place in Scotland and focused mostly on politics in Scotland, especially the referendum for Scottish independence. However, they thought they were missing a huge piece of the puzzle, and since many Scots-Irish descendants came to America, they figured they’d come to Appalachia for a dramaturgy trip.

We traveled across Southwest Virginia in search of people with ancestors from Scotland which took us to a Presbyterian church in Lexington, a book store in Big Stone Gap, Whitesburg, KY, Bradshaw, WV, and many more places to talk to people about democracy, personal freedom, and life in Appalachia. Several times we got into difficult conversations, but much more often, we got to know people who were much more knowledgeable than ourselves and had “Ceilidh’s” (tell a story, sing a song, show your bum, or out you’re gone!).

The last thing I expected when I was meeting all of these people was to hear so many political problems that I hear echoed so frequently on the internet. Because of the Bernie Sanders circlejerk on reddit, I tend to think of internet users, in general, as extremely liberal.  But this trip made me think about how, while there are many things that are very politically left about the internet, a lot of the core ideology is much more similar to conservatism. I’m most specifically talking about 4chan and Anonymous, but their ideologies are much wider than just them. I should just preface the rest by saying that I know I’m probably going to be stereotyping to some extent.

In many other ways, I think that the internet is more liberal. For instance, their beliefs on intellectual property more closely align with communism than any other sort of belief. And in many social issues (but certainly not all, or even most) I think the internet wants to strive for justice. However, they don’t want justice if that means displacing their own power. They want women’s rights, just not to the extent that it is called feminism (because that’s a naughty word) or to extent that they feel it displaces their rights. 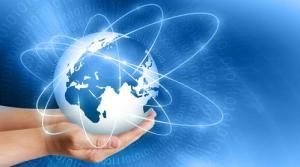 Ultimately the main thing that this trip made me think about is how the internet is still a frontier. Even though it’s more populated and expanding rapidly, white men want to claim their area and put up barbed wire fences around it. They want to pull out their guns, sit on their porches, and make sure that nobody is encroaching on their land, prepared to defend their power with all of their individual might. And if any collective opposes them, they will form together and use their power to maintain their independence.

CRITICAL POINT THEATRE IS ON THE INTERNET TOO!
SUBSCRIBE TO OUR PODCASTS ON ITUNES.
VISIT OUR WEBSITE.
DONATE TO OUR WORK.