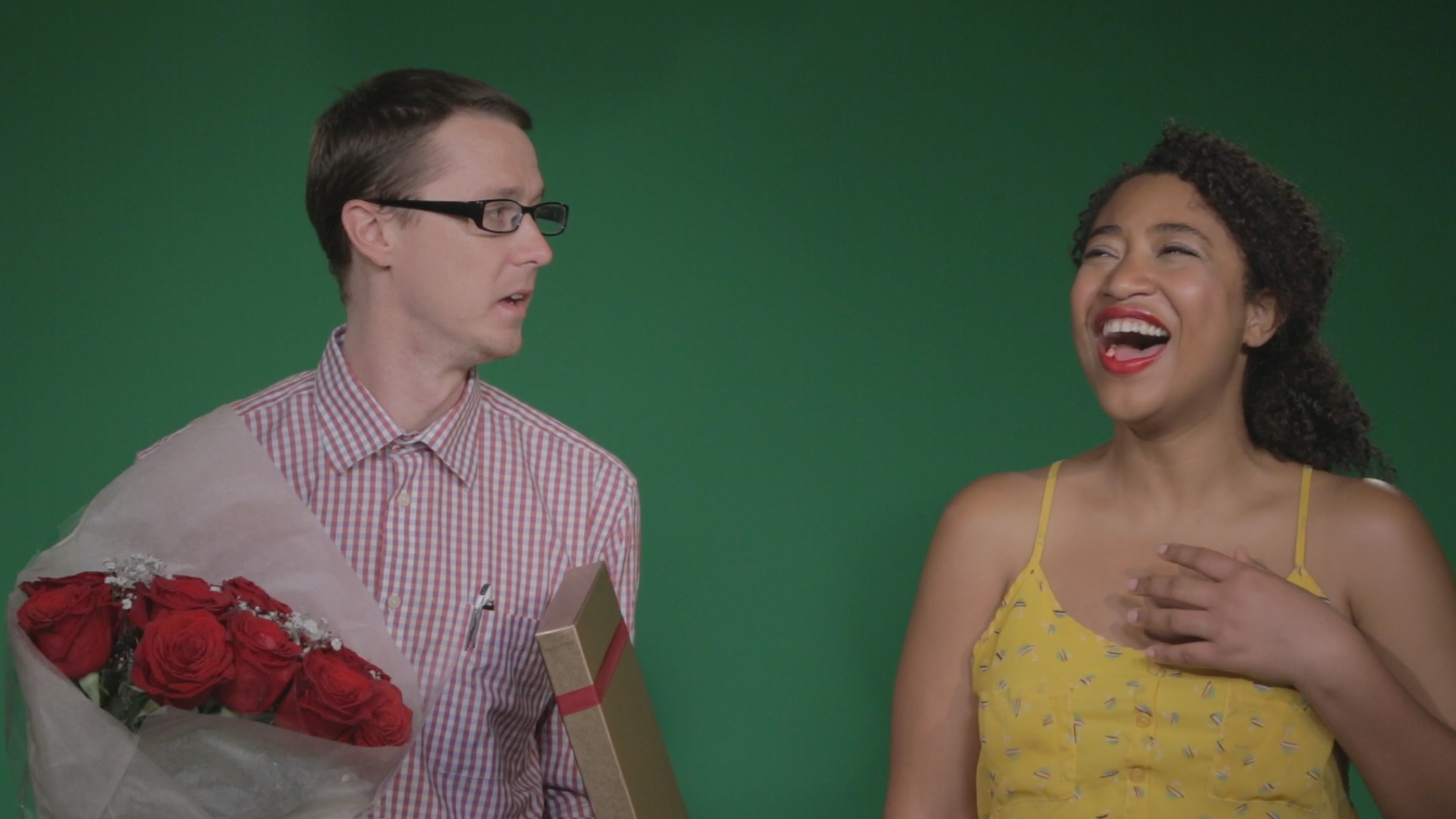 Some updates on <ph><f>reaking as we prepare to take San Francisco next week at the FURYfactory Festival of Ensemble and Devised Theater. More info here – come see us, West Coast pals!

We’re just starting to prepare the onslaught of digital delectables that will feature on the mainstage during the show. One of these is a film inspired by 1950’s instructional movies shown in schools about new masculinity movements and their philosophies. To do this, we needed savvy artists who understood that we were dissecting stereotypes within a feminist context. Want to see how it turned out?

Here are some production stills in front of the green screen while we shot on set. Featuring ensemble member Andrew Terrance Kaberline and CPT newcomers Becky Granger and Tiara Francis.

Thanks to ensemble members Dylan James Amick, Chelsea Rugg, and Alexander Burns for coordinating the shoot. 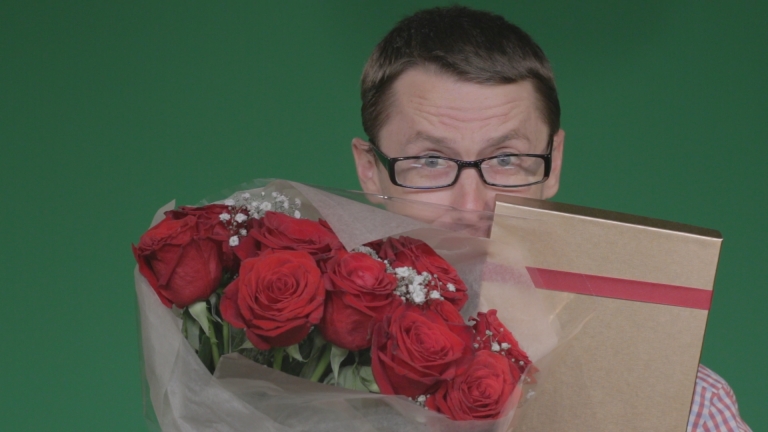 Meet Joe. He’s unlucky in love. But with the help of men online to get some “game” and overcome his flaws…

And a foxy assistant…

Could Joe get the girl of his dreams?

Coming online or to a theater near you very soon, as we work out the details of our premiere tour next year!

In other CPT news, some congratulations are in order for some CPT collaborators past. It’s been a fantastic week for:

Megan Ort, star of our fall film Breath Between, will be a part of the Broadway revival of CATS! Congrats Megan!

Heather Barfield, who worked with CPT in January to develop a new performance, has debuted her work Privacy Settings: A Promethean Tale to fantastic reviews! Congrats Heather!