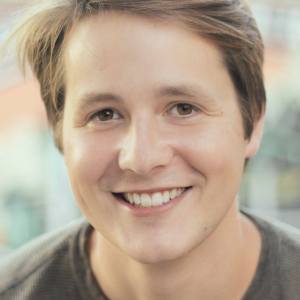 Critical Point Theatre is almost ready to officially announce our newest show, and as everyone gears up for our big publicity push, I’ve been thinking back to the very first publicity campaigns I worked on with CPT.

A huge amount of the photos taken during our productions never end up in the public eye, instead languishing on computer hard drives or SD cards for eternity. Until today! Here’s a quick selection of hidden treasures from the early years of CPT photography, when exposure was lackluster, and being in focus was more coincidental than intentional. When we shot in .JPG, and by gosh, we LIKED it that way. It’s amazing that we’ve lasted almost three years with these strategies.

This was actually the first photo taken for Critical Point Theatre, reproduced here in all of it’s original, unedited glory.

I’d just purchased my first DSLR, and was so paranoid about breaking it that I kept the bubble wrap on as I walked around the festival.

One of the vendors slipped me twenty dollars. Maybe she felt bad about how silly I looked.

Even at this early stage, I could employ the time tested photographic technique of “getting really close to something.”

This was intended to be a poster for the show. I remember being overly pleased with the (very straightforward) composition.

I have about twenty different versions of this photo on my hard drive. The only difference? What Matt is doing with that pinwheel. Someday I’ll turn them into a slide show and send it to him.

I try not to throw out phrases like “teenage heartthrob” out lightly, but I think we all knew which part of the show had the most mass market appeal.

This was a pose that director Julia Katz was really excited about. I was still working out the basics of photography in low light, and the camera autofocus had a real problem deciding whether to focus on the hand or Matt’s face. Another photo series I should add to the Matt slideshow.

This was one of my favorites from the production. I was happy with the composition, the parts I wanted to be in focus were. Plus, the bonus that this was one of the last times I saw Julia Katz happy with something I was involved in.*

I had a great idea for a publicity shot featuring the cast and the real stars of the show, six metal filing cabinets. I tried that shot during tech rehearsal, the photo call, and any free moment. I never did get one I liked. I did get a lot of shots of the cast unhappy and frustrated with how long I was taking though!

CPT fun fact – technical wunderkind Dylan Amick came down to Blacksburg the morning of the performance, and redesigned the entire Fears light plot.

Matt came to me with the concept for the naked + laptop shoot, and we went through about six or seven variations before settling on what became our official poster design. Which apparently was a big hit at Edinburgh Fringe.

Still reading? Excited to see how much better we are three years later? Check out Critical Point Theatre’s Instagram account, for (increasingly competent) photos, original illustrations for our podcast series, and information about our upcoming production Phreaking!

*To clarify, that was probably a joke… (note by Julia, or was it?!)

LOOKING FOR OUR PHOTOS, VIDEOS, AND MORE ABOUT OUR WORK?
OUR WEBSITE IS HERE
PLEASE SUPPORT US!
LISTEN TO OUR NEWEST PODCAST EP

One thought on “I Can’t Believe I Took These – Alex Burns, Tuesday Thoughts”