Last weekend I made it out to the theatre,

thankfully, because if you don’t see a play every so often, you lose artist street cred. Going in blind, I was surprised to discover the play was a modern reimagined version of Anton Chekov’s “Three Sisters,” (a modern company is putting on a production of Three Sisters! And they’re in Texas!) even more to discover that a producer had greenlit a production that depended on comprehensive knowledge of a 100-year-old Russian play. Which is fine, I can handle theatre about theatre, and I’m a sucker for adaptations of classic works. Shakespeare-set-in-a-high-school is in my top three artistic genres. I have a (mostly) comprehensive knowledge of the source material. I’m not saying I was the ideal audience member, but I was certainly ready to give it my all.

Until the audience plant character stood up and started pointing out all of the tropes in the show.

Scene after scene, the audience character would stop the action and let us all know how silly or cheap or contrived the action on stage was. It felt like the playwright taking us aside to apologize, “Look everyone, I get that theatre about theatre is overplayed, I’m also tired of adaptations, but this play is a deconstruction now so it’s okay.” Any chance I had to get invested in the narrative as presented was undercut by an author surrogate guilt tripping me. It felt like a playwright hedging their artistic bet. If the audience didn’t enjoy the show, it’s all okay because it was a big goof anyways and everyone was in on it from the start.

So don’t apologize. Not after your show, and certainly not during it. 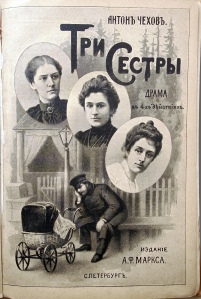 And this all felt very wrong, and just a little bit familiar. Increasingly, I’ve met artists who seem ashamed that the stuff they’re producing, the work that they’re passionate about, doesn’t meet the (rather arbitrary) standards to be considered real art. Art with some meat on its bones. Art of merit that’s going to get the right people talking and get itself noticed in all the right publications. They insist that the stuff they’ve been working on isn’t the real theme, and the next book or song or play or film is going to really explore some serious themes.

And I think that’s depressing. There isn’t anything wrong with creating art that doesn’t meet some arbitrary cut off for class. If you’re passionate about modern Chekov, let your freak flag fly high, and make that. There’s an audience out there that needs that, and is waiting for it, and they won’t care what the critic from the New York Times has to say about it. But the worst thing an artist can do is refuse to own their art, and make excuses and talk about how you all the classy, game changing stuff is coming down the line. If that’s the case, then just make that. And if it’s not, then take some real pride in the work you’re actually doing. Because making anything is an incredibly grueling, painfully exposing process, and to cheapen yourself by believing that your work is inferior to artists with differently aligned passions before any audience gets a chance to see it is crippling.

WANT MORE FROM CRITICAL POINT THEATRE? OF COURSE YOU DO.
SUBSCRIBE TO OUR PODCASTS ON ITUNES.
VISIT OUR WEBSITE.
DONATE TO OUR WORK.