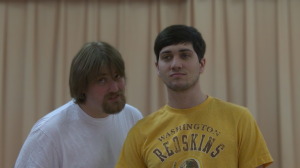 What an amazing last few weeks we’ve had! About a week ago, we officially launched our media campaigns, applied for some promising opportunities, got together venues and contracts, and had our first week of rehearsals for The Pavilion! Oh, and Alex and I graduated, while Deborah’s been jet-setting in and out of town. This week and next week are “off” when it comes to rehearsal, but NOT when it comes to the management of Critical Point Theatre! We met last night at about 7 PM at my apartment and worked until 2 AM, with only brief breaks in between. But what came out of this expedition was a great new video pitch for our fundraising campaign, plans for classes and readings, and an extensive promotions strategy. Whew, even though we’re exhausted, we’re ready to launch this thing!

So what were our first rehearsals like? Since the show was cast last December, we’ve been itching to get together to discuss. Our first night, we went over the highlights of the themes of the play and parts of the text. We talked about nostalgia, regret, and change over time. One text we explored, which the playwright quotes at the beginning of the script, was the brief poem Ambassadors of Grief, by Carl Sandburg. The poem goes like this:

There was a little fliv of a woman loved one man and lost out. And she took up with another and it was blank again. And she cried to God the whole layout was a fake and a frame-up. And when she took up with Number Three she found the fires burned out, the love power, gone. And she wrote a letter to God and dripped it in a mail box. The letter said: O God, ain’t there some way you can fix it up so the little flivs of women, ready to throw themselves in front of railroad trains for men they love, can have a chance? I guessed the wrong keys, I battered on the wrong panels, I picked the wrong roads. O God, Ain’t there no way to guess again and start all over back where I had the keys in my hands, back where the roads all came together and I had my pick? And the letter went to Washington, D.C., dumped into a dump where all letters go address to God — and no house number. 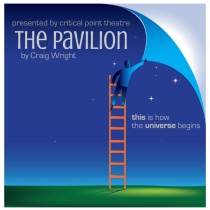 What a powerful sentiment! The Pavilion explores a very similar story. I guess the question is, do second chances exist? Is there any way to start over again? Or is our fate made up of a series of guesses, a web of time and maturation that is inescapable? This is what the cast and I have been exploring. For a play dealing with this many interpersonal issues, I’ve used story circles to build intimacy and trust within the ensemble. Already, I think, we’ve grown closer to each other and to the text by matching up our own experiences with the themes of the play.

Luckily, I have a cast whose talents and capabilities I totally trust. I think this is the first time I’ve had a truly first-rate cast, and that makes the CPT team even more excited for the premiere performance. The cast consists of: 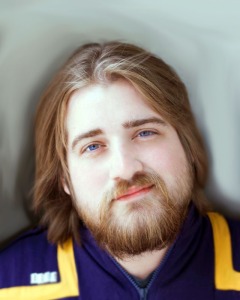 I know these three will knock it out of the park during showtime. But in order to get onstage, we need your help. Please DONATE on our fundraising campaign! Even a dollar or two can make a huge difference to us. We’re almost halfway to our goal, but we need that last final push. Help us get off the ground and we will be extremely grateful.